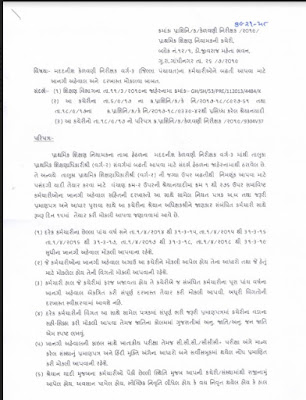 Save the files to a different local folder on your device.

(b)by direct selection.
The appointments by promotion and by direct selection shall be made in the ratio of 2:1, respectively.
To be eligible for appointment by direct selection to the post mentioned in rule 2, a candidate shall,
(A) not be more than 42 years of age:
Provided that the upper age limit may be relaxed in favour of a candidate who is already in the service of the Government of Gujarat in accordance with the provisions of the Gujarat Civil Services Classification and Recruitment (General) Rules, 1967: