Founded by Sultan Ahmad Shah in 1411 AD, Ahmedabad, in the state of Gujarat, has grown into one of the most important modern cities of India. Straddling the Sabarmati river, this prosperous city of six million is a delight for archeologists, anthropologists, architects, histsorians, sociologists, traders, bargain hunters, and plain tourists.

An exciting combination of traditions and modernism, Ahmedabad captures all visitors with its diversity of places, religious and ethnic communities. It is interesting to see how Indian atmosphere mix with the colonial British influence, how Hinduism, the world's oldest existing religion develops in the globalising world. 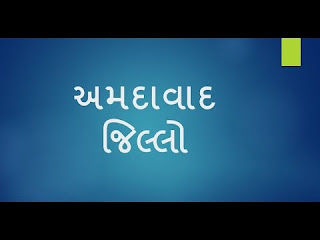 Ahmedabad, India is the largest city in the state of Gujarat (there are 29 states, Gujarat is the westernmost one). The city was the capital of the state before 1970 and is now the administrative center of Ahmedabad district. It is the seventh largest agglomeration in India, located at the banks of the river Sabarmati and is also called Amdavad.

Ahmedabad is Gujarat's largest city and the headquarters of Ahmedabad district . It is located on the banks of the River Sabarmati at an elevation of 53 metres (180  ft ). It has a dry climate. Its highest recorded temperature is 48.5°C and lowest is 5°C

There are three major seasons - winter (November- March), summer (April-June) and monsoon (July-October). During the summer the weather is extremely hot (up to 43-47 degrees Celsius) and dry. During the monsoon the climate is humid with average rainfall of 93.2 cm. and often heavy torrential rains cause the river Sabarmati to flood. Considering the temperatures the best time to visit is during the winter (5-20 degrees Celsius).

Ahmedabad enjoys a thriving cultural tradition, being the centre of Gujarati cultural activities and diverse traditions of different ethnic and religious communities. Popular celebrations and observances include Uttarayan — an annual kite-flying day on 14 January. The nine nights of Navratri are celebrated with people performing Garba — the folk dance of Gujarat — at venues across the city. The festival of lights — Deepavali is celebrated with the lighting of lamps in every house, the decorating the floors with the rangoli and the bursting of firecrackers. Other festivals such as Holi, Eid ul-Fitr and Christmas are celebrated with enthusiasm. The annual Rath Yatra procession on the Ashadh-sud-bij date of the Hindu calendar and the procession of Tajia during the Muslim holy month of Muharram are integral parts of the city's culture. The people of Ahmedabad enjoy rich culinary traditions. The most popular form of meal — a typical Gujarati thali (meal) — consists of rotli, dal, rice and Shaak (cooked vegetables, sometimes with curry), with accompaniments of pickles and roasted papads. Popular beverages include buttermilk and tea; sweet dishes include laddoos and mango. There are many restaurants, which serve a wide array of Indian and international cuisines. Most of the food outlets serve only vegetarian food, as a strong tradition of vegetarianism is maintained by the city's Jain and Hindu communities. The first all-vegetarian Pizza Hut in the world opened in Ahmedabad.

There are a few festivals which are celebrated in special Gujrati style. i.e.
Kite Festivals The International Kite Festival is always held at Ahmedabad on January 14, to coincide with the festival of Uttarayan or Makar Sankranti. The people of Gujarat celebrate Uttarayan with a lot of enthusiasm and all business comes to a grinding halt for a couple of days. It is also a celebration to mark the end of winter.
Navratri - Navratri or the festival of nine nights is devoted to Goddess Shakti. The festival also has the famous folk dance of Gujarat "Garba". The festival continues for nine nights, everybody takes part into it with same emphasis. Garba is also played with Dandiyas in hand.
MORE...

Ahmedabad has a population of over 5.5 million people. A lot of migrant workers from other areas of Gujarat including Kutch and Saurashtra and from the other states of Rajasthan and Maharashtra. They also came from the Pakistani province of Sindh live in Ahmedabad. Most of the native citizens speak Gujarati but the languages spoken in commerce, education, politics and government are Hindi and English. There is also a sizeable population of Punjabis, Marathis, Tamils, Malayalis and Marwaris, who bring their languages and cultures to the city. Ahmedabad enjoys great religious diversity - most of the people in Ahmedabad are Hindu, Jain, Muslim or Christian. Parsis and a community of Bene Israel Jews living in Ahmedabad.

For administrative purposes Ahmedabad is divided into 5 zones and 43 wards. But in fact it is divided by the River Sabarmati into two regions - Western and Eastern part.
Eastern part - the old city, including the central part of Bhadra. This part of Ahmedabad reveals typical Indian traditions and infrastructure - there are numerous places to worship, the buildings are named pol (housing cluster which comprises many families linked by caste, religion or profession). Typical for the old city are also packed bazaars, the Main railway station and the General Post office are also situated there.

Westren part - also called the modern city, thriving industrial and business center. It developed during the colonial period, related to the construction of 2 bridges (that also became landmarks) that connect the Old and the Modern part of Ahmedabad- Ellis Bridge (constructed originally by British engineers) and Nehru Bridge (dedicated to Jawaharlal Nehru, India's first prime minister).

Sardar Vallabhbhai Patel International Airport is just 15 km north-east from the city-centre. The airport consists of the International and the Domestic Terminals. They both use the same airside facilities but are separated on the landside, with a 5-minute distance between them.

The efficient ways of traveling around Ahmedabad:
Rickshaw: Yellow and Green three-wheeled taxicabs known as the Autorickshaws or Rickshaws. Most of the drivers are able to understand Hindi and maybe some basic words of English. They are quite helpful and are not known to cheat tourists. Taxis are less common so you will need to book them in advance. They are also available at the airport or railway station.

AMTS/BRTS  There are several bus stands in the city which will take you to various parts of the city. The major station in Ahmedabad is Idgah Station. Gujarat State Transport Corporation maintains and runs buses in Ahmedabad and private buses/coaches can also be hired. For using these buses you should either know some words in Gujarati or ask local people to help you. Since buses are commonly used, they usually remain overcrowded. Take care of your luggage while travelling. AMTS Buses & BRTS Buses are being used mostly by Amdavadi for travelling.

The Ahmedabad railway station holds as a junction with railway lines emerging towards Mumbai, Delhi, Saurashtra and Kutch.

3rd fastest growing city as per the Forbes magazine 2010.

Major base of trade, commerce and industry and engine of industrial and financial growth of the state.

Ahmedabad will be the First Indian City to receive UNESCO's World Heritage City Status- Tentative Application accepted by UNESCO for the same.

Inclusive city that accommodates the urban poor with sensitivity.

Capitalizing on strong economic drivers to create growth and jobs.