Examination of non-secretarial clerk and office assistant held by Gujarat Secondary Service Selection Board was canceled. The exam was to be held on October 20. However, it was decided to cancel the exam for inaccessible reasons. A big announcement was made today about the exam.

According to which a new announcement will be made regarding the exam in the next one month. Approximately 4,500 new recruits will be recruited. Apart from this, it will be compulsory for the examiners till graduation. The age limit will also be increased. 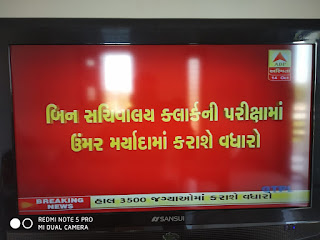 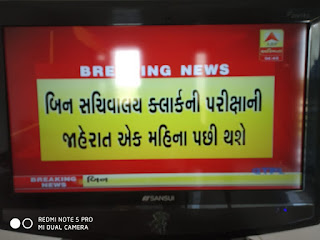 There has been enormous anger among students across the state since the last time the non-secretarial clerk exams were canceled. Students from all over the state are showing anger and frustration at the hard working students without having to look day and night to pass the test to fulfill their and their family's dreams. Often times changes made in the last time in the examinations turn the water on the preparation of the students and the money is also wasted. Now, after the government has canceled the examination of the non-secretarial clerk, Brahman has come to know. 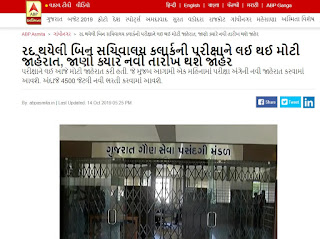 However, no exemption has been given in the non-secretarial examination till graduation. There can be relaxation within the age limit.