Realme X2 Pro launches in India with powerful features, learn price and features
Realme X2 Pro has quad camera setup in the rear. It has a 64MP + 13MP + 8MP + 2MP camera setup. While a 16MP Sony IMX471 camera has been provided for the selfie.

New Delhi: Chinese smartphone maker Realme has launched its premium flagship smartphone Realme X2 Pro in India. The special thing about this phone is that it has 50W super VOOC flash charge support. The company claims that this phone can be fully charged in just 35 minutes.

Talking about the features of Realme X2 Pro, this phone has a 6.5 inch Full HD +, 1080x2400 pixels, with Super AMOLED. Gorilla Glass 5 Protection with. The operating system color OS 6.1 is based on Android 9 Pie. While the processor has been given the OctaCore Qualcomm Snapdragon 855+ processor.

When it comes to cameras, a quad camera setup is provided in the rear. It has a 64MP + 13MP + 8MP + 2MP camera setup. While a 16MP Sony IMX471 camera has been provided for the selfie. 50W Super VOOC Flash Charge support is provided with 4000mAh battery.

The Realme X2 Pro will go on sale on November 26 and 27. But this will be Invite Only. The first sale will be for Invite only and Blind order registered users. According to the company, the customer will have to pay Rs 1,000 to participate in the sale. It will enable them to book their phones. 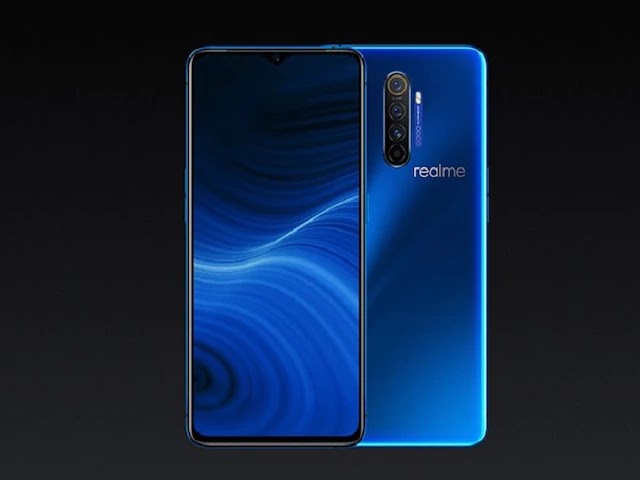 Starting at Rs 29,999, the Realme X2 Pro is the cheapest phone to be powered by the Snapdragon 855 Plus chipset.

Realme has been teasing its flagship Realme X2 Pro for the Indian market for a long time and finally, it launched in at an event in New Delhi today. The Realme X2 Pro is the best of what Realme has to offer, flaunting impressive specifications such as a 90Hz smooth display and an industry-leading 50W fast charging system. Starting at Rs 29,999, it is the cheapest phone to be powered by the Snapdragon 855 Plus chipset as well as a 90Hz display in India.

Alongside the Realme X2 Pro, Realme also launched an updated version of the Realme 5, dubbed as the Realme 5s. Starting at Rs 9,999, it is mostly identical to the Realme 5, save for an upgraded 48-megapixel camera and a new Crystal Red colour scheme. The Realme 5s competes directly with the likes of Xiaomi's Redmi Note 8 and Samsung Galaxy M30 in the market.

If both these phones are of interest to you, then you should go through the specifications of both at a glance.

Chipset: Realme is using the flagship-class Snapdragon 855 Plus chipset meant for gaming smartphones.

Rear cameras: There's a combination of a 64-megapixel main camera along with a 13-megapixel 2x telephoto camera, an 8-megapixel wide-angle camera and a 2-megapixel depth camera.

OS: It runs on Color OS 6.1 based on Android 9 Pie.
Realme 5s specifications:

Display: A 6.5-inch HD+ IPS LCD display with a waterdrop style notch on the top

Chipset: Realme 5s runs on the Snapdragon 665 chipset, same as the one on the Realme 5.

RAM, Storage: The Realme 5s comes with 4GB RAM as standard but you can choose between 64GB and 128GB storage, which is expandable up to 256GB.

Rear Cameras: A new quad-camera system comprising of a 48-megapixel Samsung GM1 sensor along with an 8-megapixel wide-angle camera, a 2-megapixel macro camera and another 2-megapixel depth camera.

Front Camera: There's a 13-megapixel selfie camera at the front.

Battery: The Realme 5s is kept alive by a 5000mAh battery and supports 10W fast charging.

--The Realme X2 Pro is the most affordable smartphone featuring a display with 90Hz refresh rate. The only other phones in India to feature a similar display include the OnePlus 7T, OnePlus 7T Pro and Nubia Red Magic 3s and the Asus ROG Phone 2 (which gets an even faster 120Hz refresh rate display). The X2 Pro also gets an optical in-display fingerprint sensor.

--Realme X2 Pro is also the cheapest phone in India to feature a Snapdragon 855 Plus chipset. The cheaper Redmi K20 Pro and Asus 6z make use of the regular Snapdragon 855. Compared to the older version, the Plus edition offers 15 per cent better graphics performance. Realme is also offering a UFS 3.0 storage that offers faster read/write speeds and app load times.

--The 50W Super VOOC fast charging system on X2 Pro is currently the fastest battery charging technology you can find in an Indian smartphone. In our experience, the battery charges from 0-100 per cent within 30 minutes, which is faster than even the Warp Charge 30T on the OnePlus 7T Pro. And do note that the 30 minute-full top-up time stands for a big 4000mAh battery.

--The Realme 5s uses the Samsung-made GM1 sensor with 48-megapixel resolution. This sensor is used by many other phones, including the Redmi Note 8 and Redmi Note 7S. Using pixel binning, this camera can take greater details in challenging lighting conditions.
Realme X2 Pro, Realme 5s prices: