PRELIMINARY
SECTIONS
1. Short title, extent and commencement.
2. Declaration as to expediency of control by the Union.
3. Definitions. 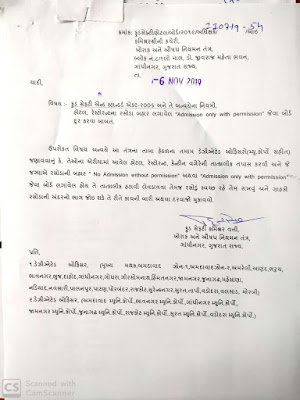 PROVISIONS RELATING TO IMPORT
SECTIONS
25. All imports of articles of food to be subject to this Act.

ADJUDICATION AND FOOD SAFETY APPELLATE TRIBUNAL
68. Adjudication.
69. Power to compound offences.
70. Establishment of Food Safety Appellate Tribunal.
71. Procedure and powers of the Tribunal.
72. Civil court not to have jurisdiction.
73. Power of court to try cases summarily.
74. Special courts and Public Prosecutor.
75. Power to transfer cases to regular courts.
76. Appeal.
77. Time limit for prosecutions.
78. Power of court to implead manufacturer, etc.
79. Magistrate’s power to impose enhanced punishment.
80. Defences which may or may not be allowed in prosecution under this Act.

SECTIONS
95. Reward by State Government.
96. Recovery of penalty.
97. Repeal and savings.
98. Transitory provisions for food standards.
99. Milk and Milk Products Order, 1992 shall be deemed to be regulations made under this Act.
100. Amendments to the Infant Milk Substitutes, Feeding Bottles and Infant Foods (Regulation of
Production, Supply and Distribution) Act, 1992.
101. Power to remove difficulties.
THE FIRST SCHEDULE.
THE SECOND SCHEDULE.