The Telecom Regulatory Authority (TRAI) has set a deadline for the first time the phone call ring will ring. The TRAI rule requires that at least 30 seconds of incoming voice call ring on the mobile and 60 seconds on the landline. 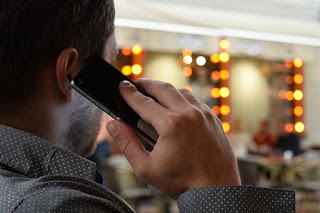 According to TRI's amendments to the provision of quality of landline and mobile phone services, the ring of the phone alerting the incoming phone call if it is not answered immediately or if it is not cut will be 30 seconds for mobile service and 60 seconds for landline.

If you’re an Airtel or a Vodafone-Idea customer, your outgoing calls now will now ring for less time than they did earlier, thanks to a fight between the telecom operators and Jio. Now, whether you’re an Airtel, Vodafone-Idea or Jio customer, the ring time will only be for 25 seconds. The war among the operators began over call traffic. Airtel has reduced the ring time across its network, and Vodafone has reportedly cut it in sure circles. Here’s why:

All Telecom Service Providers have to pay a certain fee for calls made by people from one network, to whichever network their customer is calling — called the Interconnect Usage Charges (IUC). These charges are paid per minute, and from 2017 onwards, this charge was Rs 0.06 per minute. Therefore, companies that have more incoming calls than outgoing calls benefit. This figure of Rs 0.06 per minute is decided by the regulator, the Telecom Regulatory Authority of India (TRAI).
The reason that IUC was necessary was that telcos invested large amounts in laying the network across the country. When TRAI made the figure of Rs 0.06/min, Jio was still a new player, and a lot of calls would still go to Airtel and Vodafone-Idea. It had decided to phase this amount out by 2020 with the assumption that by then, outgoing and incoming calls would even themselves out, which is currently not the case.

It is worth mentioning that till now there was no time limit on how long the incoming call ring would ring on the phone in the country. Telecom companies used to reduce the ring time limit in order to take advantage of the revenue associated with the call to charge. So that customers on other networks are obliged to call back to their network.