The office assistant, clerk's examination taken a few days ago, has been canceled. Minister Pradeep Singh Jadeja said at a press conference that the state government had taken serious note of this. The meeting of the Chief Minister was held with Deputy Chief Minister Nitin Patel, Minister Bhupendra Singh Chudasama, Pradeep Singh Jadeja after SIT submitted the report to the CM. In which the report was discussed in detail. There was only one voice in the meeting that a decision should be taken for the benefit of the youth of Gujarat. After which it was decided to cancel the exam.

The report examined 10 mobiles. In addition, CCTV footage was also verified. In some places, there were scenes of writing test answers on mobiles, in some places candidates were seen asking questions to each other. If there was any minor shortage, they did not want to run, so it was decided for the benefit of the youth of Gujarat.

A police complaint will be filed about how the paper was leaked, who is involved. Besides, the accused can not appear for three years. The Chief Minister had assured the examiners to conduct a neutral inquiry. 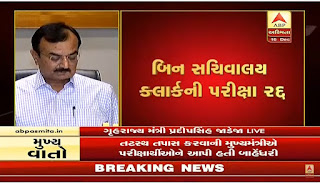 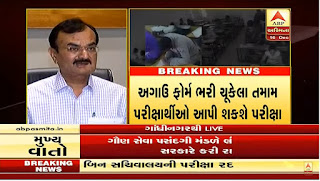 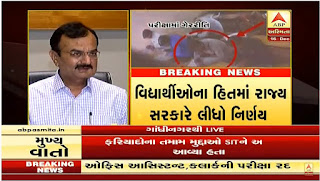 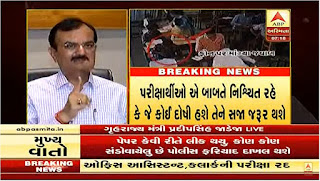 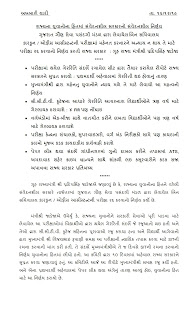 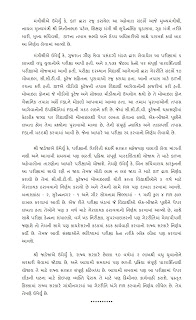