In a major development, WhatsApp will be able to roll out its digital payment platform, WhatsApp Pay, across India after securing a key regulatory approval on Thursday.

“The National Payments Corporation of India (NPCI) has granted WhatsApp permission to operate its digital payment service in a phased manner,” a person aware of the matter who did not wish to be named told Business Standard on Friday. 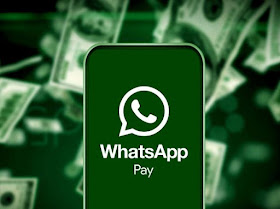 The NPCI’s approval came days after the Reserve Bank of India's (RBI’s) go-ahead. WhatsApp has assured the regulators that it will comply with the data localisation norms – a key factor behind the delay of the WhatsApp’s payment service launch.

In the first phase, WhatsApp will be able to offer payment services to 10 million users in India. “Pending other compliance points, the messaging platform will be able to do a full rollout,” the source said.

Once the company is able to do a full rollout, it will possibly be one of the biggest payments players in the country, given that the messaging service giant counts India as its biggest market with over 400 million users.

Payments through WhatsApp were introduced to a million users as a part of trial run in February 2018. WhatsApp started its trial run by partnering with ICICI Bank. However, the company was awaiting regulatory nod to go live. The service is based on the Unified Payments Interface (UPI) standard, which has been developed by the NPCI.

WhatsApp Pay, which is so far available to India users under a pilot, has secured a licence from National Payments Corporation of India (NPCI) to kick off a phased rollout in the country, according to a media report. The new development would allow WhatsApp to grow its payments service that uses the government's Unified Payments Interface (UPI) to enable mobile transactions. The Facebook-owned company stated offering WhatsApp Pay to one million users in India in 2018 as a part of the beta testing, however, it hasn't been able to formally launch the service in the country due to delay in regulatory approval.

The first phase of WhatsApp Pay rollout will bring the payment service through the instant messaging app to as many as 10 million users in India, reports Business Standard. The service is said to have secured the licence from the NPCI on Thursday that was the first of some long-pending regulatory approvals that WhatsApp sought to officially launch WhatsApp Pay in the country.

“Pending other compliance points, the messaging platform will be able to do a full rollout,” said a person familiar with the development, as quoted by the English daily.

The full rollout would make WhatsApp Pay one of the largest mobile payments services in India, given the fact that WhatsApp already has over 400 million users in the country.